Leave a comment
By Dr. Wilson International Dimensions of the Nicaraguan Revolution

The Following images are from the April/May 1977 issue of Gaceta Sandinista, which was published by the Venezuelan Committee in Solidarity with the People of Nicaragua. The group was composed primarily of students and members of leftist political parties, as evinced by the imagery of Karl Marx. The issue from which these images were taken chronicled a visit to Venezuela by Father Ernesto Cardenal, a Nicaraguan poet and religious leader who opposed the Somoza regime and clandestinely worked with the Sandinistas. Prior to the success of the Sandinista Revolution Cardenal traveled the globe as a member of “the Twelve,” a group of twelve Nicaraguan exiles who traveled the globe speaking out against the dictatorship of Anastasio Somoza Debayle and garnering support for the revolutionary cause. The actions of Cardenal and other members of “the Twelve” helped raise awareness about the plight of Nicaraguans under the dictatorship and placed pressure on the Carter administration to withdraw for Somoza Debayle.

The above image is the front cover of Gaceta Sandinista, which depicts Cardenal standing with Augusto Sandino. Cardenal and the Sandinistas were the heirs to Sandino’s revolutionary movement against U.S. intervention in Nicaragua between 1927 and 1933. 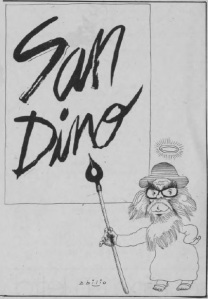 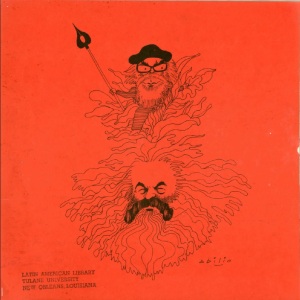 These cartoons were drawn by the well-known Venezuelan cartoonist Abilio Padron, who created pieces sympathetic to national liberation struggles. Before producing these cartoons for Venezuelan Committee in Solidarity with the People of Nicaragua, Abilio had created pieces protesting U.S. involvement in Vietnam.